Women In Horror Month: An Interview with Lisa Morton

February is WOMEN IN HORROR MONTH, a month I’m sure most of you had no idea existed. February, I mean. Who keeps track of anything between Christmas and the Fourth of July?

In all seriousness, women in the horror genre are often relegated to the role of Victim. Only female stand-up comics seem to get less respect. Yet, without the contribution of female writers, the genre would lose many of its greatest works. Frankenstein, The Haunting of Hill House, The Lottery, Interview With A Vampire, and Beloved are all born from the twisted minds of the fairer sex.

Being a huge fan of the works listed above, I wanted to take a little time this month and showcase some of my favorite women in the genre. Who better to start with than my friend and mentor Lisa Morton?

If you’re a fan of horror prose, then you undoubtedly have heard of Lisa. Her short fiction has appeared in magazines like Cemetery Dance, anthologies like THE MAMMOTH BOOK OF ZOMBIE APOCALYPSE, and even in the LA Times. Her fantastic 2009 novella THE LUCID DREAMING won the Bram Stoker Award for Superior Achievement in Long Fiction, followed by a win in 2010 for her first novel THE CASTLE OF LOS ANGELES. She’s also the author of several nonfiction books, including THE HALLOWEEN ANTHOLOGY, and was the imagination behind films like MEET THE HOLLOWHEADS.

I could continue to list her accomplishments, but my fingers don’t have that type of endurance.

On to the interview!

Let’s start with a pretentious question that the tweed jacket stick-up-their ass types would ask: Why horror?

It’s so tempting to respond with something along the lines of, “It’s polysemic and rooted in Lacanian deconstruction of postmodernism”. But
instead I’ll pull the stick out of my ass and answer: I’ve just always loved it. As a kid, I think I was probably enough of an outsider to identify with the monsters in all the Universal and Hammer horror films, and as an adult I love trying to capture the heightened emotional intensity that I think horror needs to succeed.

You started your career working in film and television, including cult classics like “Meet the Hollowheads.” How horrific are the inner workings of Hollywood?

Well, there’s a reason I write mainly prose now! I do have to say, though, that it hasn’t all been a nightmare; I’ve been lucky enough to work with some wonderful people who have become good friends. My main
complaint with film is really that the nature of the collaborative process is invariably going to involve changes to scripts that I’m not going to agree with, and yet there’s my name on the movie as writer. I love some of the people I work with, I love the paychecks…but I need the prose as something I can point to and say, “That’s all mine, and
I’m proud of it.”

Your short fiction has appeared in a ridiculously large amount of anthologies and magazines for the last twenty years. In fact, it seems you have a new story coming out almost every month. What’s your secret to being so prolific?

I love what I do. I’d rather write than watch television or play videogames or go out. I have to say, though, that I’m actually trying to cut back on the amount of short fiction I’ve been doing, because I need to focus more on novels…but DAMN, I really love short stories and it’s hard to put them aside.

Your novel, THE CASTLE OF LOS ANGELES, won the Stoker Award for First
Novel. How did your experiences in theater impact the book? And is there a real Castle?

That book is a direct result of my interests in both Gothic literature and small theater. I used to run my own small theater company, and I got pretty deep into it for a few years, until I realized it was going to break me financially. Really, nobody in L.A. makes money in small theater. I stand in awe of companies that can break even on productions.

As to the second part of the question…yes, the Castle is really the Brewery, a converted Coors Brewery on the northern edge of downtown Los Angeles that bills itself as “the world’s largest artists’ community”. I had friends who ran a 40-seat “black box” theater there, and it was such an odd experience to see a show in their loft that I knew I had to use it somehow.

Part of the Castle is also based on the Richard H. Chambers U.S. Court of Appeals Building in Pasadena, an amazing structure that’s over a century old, and is the basis for much of the history I gave the Castle.

The collection MONSTERS OF LA was recently released from Bad Moon Books. What’s your favorite story in there?

I think I’m particularly partial to “Dr. Jekyll and Mr. Hyde”, just because it was so nasty, and “The Urban Legend” (which started life under the title “The Lower Animals”), because it employs a bunch of my favorite things – architecture, urban legends, and L.A. history.

Between MONSTERS and CASTLE, I’m seeing a trend here. What is it about Los Angeles that makes it such a great backdrop for storytelling?

The most obvious answer is that I was born here and have lived nearly my entire life here, so I know it extraordinarily well. And I think L.A.’s melting pot conglomeration of cultures makes it grist for nearly any sort of story you can think of.

THE HALLOWEEN ENCYCLOPEDIA is another one of your award winning books and has made you a nationally renowned Halloween expert, even appearing on History Channel specials as such. How did you become an afficianado for the horror genre’s favorite holiday?

By accident! I had written a book on Hong Kong filmmaker Tsui Hark for the publisher McFarland, and they asked me if I had any ideas for another book. I looked at their current catalog and saw THE CHRISTMAS
ENCYCLOPEDIA, so I just immediately thought, Why not a Halloween encyclopedia? They said “yes”, and that was the beginning of it. My
timing turned out to be very good, because the first edition came out just about the time that Halloween really went nuclear in popularity,
and given how much material I’d accrued for the encyclopedia, it just made sense to continue pursuing it.

You’re also the Vice President for the Horror Writers Association. What’s it like working with so many different horror writers? 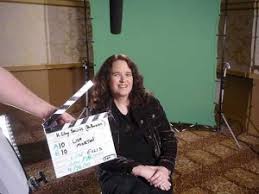 I obviously enjoy it. Overall, most of the writers in the horror genre are amazingly fun and generous; it’s almost as if we become hyper-aware of monstrous behavior and work overtime to avoid it. I really do think of the community as an extended family.

“Horror is dead,” is a common and not-as-witty-as-they-think-it-is pun writers use to describe the state of the genre. Is horror dead? If so, how can would-be Dr. Frankensteins revive it?

All genres have ups and downs. Horror had a recent low point, but is coming back big right now. The jury is still out on how the changes in the publishing industry are going to affect ANY genre, but I think once it all shakes out, horror’s going to be in good shape.

It’s what is usually referred to as “extreme fiction”, I think, but too much of it is misogynist and ultimately cliched. “Hey, I know: I’ll have this psycho who cuts women up and fucks the stumps – YEAH, that’s sick shit!” No, it’s boring and unimaginative and isn’t really horror – it’s much closer to pornography, since it’s out to provoke a physical response (nausea rather than arousal) and makes little attempt to involve either the emotions or the intellect. In cinema it’s sometimes called “torture porn” or “gorno”, and it has unquestionably set the genre back. It remains popular because it’s cheap for movie makers and easy for writers.

These days, when someone who doesn’t know me finds out that I write horror, the first question is always, “So do you like that stuff with all the blood and guts?” I even had one woman just stare at me blankly when I described what I liked to write about, and then blurt out, “Well, that’s not horror.” I think it’s really sad that the public has this perception of horror that doesn’t include intelligent, stylish, genuinely frightening storytelling. All we can do to change that perception is try to write to that level and hope it gets noticed.
Finally, given that it is Women In Horror Month, what is it like being a female writer in a genre dominated by men? Do you find it has an impact on what type of fiction you publish or are generally expected to write? Do you feel any doors are closed for you that wouldn’t be for a male writer?

Y’know, I used to think that wasn’t the case, but I’ve talked to enough female horror writers over the last few years to think that it IS more difficult for women, especially in the small press arena. I’ve had women tell me that they don’t see any point in even trying to submit to a lot of these publishers, because they look at the lack of other female names in the publishers’ catalogs and just figure they won’t have a chance. I’ve had friends told by publishers and agents to write paranormal romance when they were pitching serious horror novels. As for myself…well, I always assume that my own failures (and I have them, and I am acutely aware of them) just mean I have to write something better, but…well, frankly, spending too much time wondering if I should change all my protagonists to men and start putting a pseudonym on my manuscripts is a sure way to land in a bottle of anti-depressants with a cocktail shaker in hand.

To learn more about Lisa Morton, visit her website at http://www.lisamorton.com/

Brad C. Hodson is a writer living in Los Angeles. His stories have appeared in anthologies alongside Neil Gaiman, Chuck Palahniuk, George RR Martin, and many more of his literary heroes. For a listing of his literary and film work, please check out his Bibliography at https://brad-hodson.com/bibliography/

← Riding the Digital Seas
Women In Horror Month: An Interview With Maria Alexander →

One Comment on “Women In Horror Month: An Interview with Lisa Morton”